What is Lumbar Spine Anatomy?

The spine also called the back bone, plays a vital role in stability, smooth movement and protection of the delicate spinal cord. It is made up of bony segments called vertebra with fibrous tissue called intervertebral discs between them. The vertebra and discs form the spinal column from the head to the pelvis, giving symmetry and support to the body.

A single vertebra is made up of two parts, the front portion is called the body and the back portion is referred to as the vertebral or neural arch. The body is cylindrical in shape, strong and stable. Two strong pedicle bones join the vertebral arch to the body of the vertebrae.

The spinal canal is formed by the placement of single vertebral foramina, one on top of the other, to form a canal. The purpose of the canal is to create a bony casing from the head to the lower back through which the spinal cord passes.

The spine can be divided into 4 parts: cervical, thoracic, lumbar and sacral region. The thoracic spine has an outward curve called kyphosis, whereas the lumbar spine has a slightly inward curve, which is called lordosis.

The lumbar spine is composed of the lower 5 vertebrae, which have been numbered L1–L5. The lowest vertebra of the lumbar spine (L5) is connected to the top of the sacrum, which is a triangular bone present at the base of the spine fitting into the two pelvic bones. In some cases, an extra or sixth lumbar vertebra may be present.

The transverse processes in the lower back are broader, compared to that in the other areas of the spine, because of the attachment of large back muscles which exert heavy force on them.

There are two facet joints present between a pair of vertebrae, one on either side of the spine. A facet joint is comprised of small, bony knobs arranged along the back of the spine. Two vertebrae are connected to each other through these knobs and form a facet joint. These joints aid in the free movement of the spine.

Articular cartilage covers the surfaces of the facet joints to assist in smooth, frictionless movement between the bones in the joint.

A small tunnel called the neural foramen is present on either side of the vertebra. It is through these foramina that the two nerves leave the spine. The intervertebral disc is present at the opening of the foramen. The lumbar intervertebral discs are flat and round, present between the lumbar vertebrae and act as shock absorbers when you walk or run. There is a soft, gelatinous material in the centre (nucleus pulposus) which is encased in strong elastic tissue forming a ring around it called annulus fibrosus. Ageing, injury or trauma may cause the annulus fibrosus to tear resulting in protrusion of the nucleus pulposus. This may compress the spinal nerves and/or spinal canal.

Bony spurs on the facet joint may project on the tunnel, resulting in narrowing of the foramen and compression of the nerve. 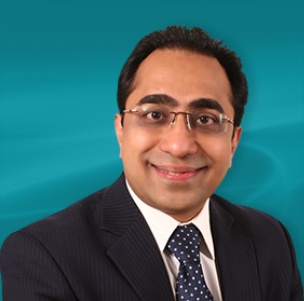 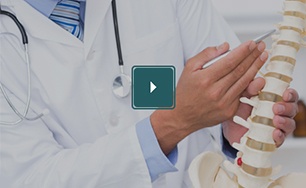